Rice Diseases and Symptoms: Rice is the major food crop in Asia. It is the staple food in most states, particularly in India. Nevertheless, an IRRI report by the International Rice Research Institute shows an average worldwide loss of 37 percent of rice yield due to pests and diseases. Many paddy plant pests and diseases are caused by species like bacteria, pillows, and viruses. We will briefly describe the most commonly occurring rice pests and diseases pdf on the Asian continent. At the end of this tutorial, you will be able to learn about and treat different types of rice diseases.

The blast is caused by the fungus Magnporthe grisea. The fungus infects the plant and causes lesions throughout the crop, including leaves, left neck, nodes, base, panicle, and grains. The Leaf Sheath and roots are usually left untouched. There are many rice blast disease symptoms. And the paddy disease in Hindi is the following on these symptoms and the location of the infection.

Leaf Blast: This takes place between the seedling stage and the late tillering stage. Initially, the young leaves when the fungus strikes. Afterward, the spots are transformed into spindles by the introduction of the yellow zone, from purple to brown borders. Brown spots occur only on the older leaves.

Neck Rot and Panicle Blast: They develop triangular lesions when the younger neck nodes get the infection. They stretch around the neck causing panicle damage.The panicles which are affected turn white in color. When the infection prolongs, the panicle may break and fall to the ground.

Collar Rot: Infection in the collars occurs at the blade and sheath junction contributing to brown lesion formation. In extreme cases, it is possible to kill the entire plant.

Node Blast: Lesions appear on the stem nodes changing the color of the rice tissue from brown to black. Culms and leaves at the infected Node turn straw-colored and finally fall off.

The causal organism of the Sheath Blight is Rhizoctonia Solani. This fungus is capable of surviving in the soil as Sclerotia or dominant mycelium during unfavorable conditions for over 2 years. Subsequently, the sclerotia in the soil trigger during land preparation or regular land irrigation. The Sclerotia bind to the seedling under favorable conditions and begin to germinate. The sheath blight disease may result in a significant loss of between 10 and 50%.

Symptoms of Sheath blight: initially, oval or initially oval or ellipsoidal greenish-grey lesions measuring 1-3 CM in length appears on the leaf sheath close to the soil or stagnant water. Later the lesions enlarge turning into great white centers surrounded by the dark brown margin. The lesions are gradually increasing and spreading to the upper part of the sheath and the leaves. Finally, the whole plant is filing. When they come into contact with the infected leaves, the infection easily spread to two neighboring Killers.

Ustilaginoidea virens is the causal fungal species of this disease. The structures are only evident in other phases of flowering. The fungus destroys an individual spikelet’s young ovary and turns it into big velvety balls or smut balls. During the flowering period, low-temperature high relative humidity and precipitation increase the frequency of viral infection.

Symptoms of False Smut: Initially, the smut ball is yellow in color and it has a membrane. After busting of the membrane the color changes to yellowish Green, Olive green and at the end turns greenish-black.

How to Control False Smut Disease:

The Cochliobolus miyabeanus fungus causes it. Formerly referred to as Helminthosporium oryzae. In all stages of growth, the fungus affects the plant from seedling to the final stage. The spores join the coleoptile and the roots when a diseased seed is planted. The spores live on the leaf forming spots when the plant grows. The shape and size of the spots can vary. That’s large oval or circular spots from minute dark spots. This travels through the air to other leaves and panicles. The prevalence of the disease is higher in areas with temperatures ranging from 15 to 36 degrees Celsius and 86 to 100 percent relative humidity. During full tillering, the disease is crucial until the plant matures.

Also Check: How To Prepare Panchagavya

Rice grain discoloration is a serious disease by a wide range of microorganisms such as Drechslera oryzae, Curvularia lunata, Sarocladium, Phoma species, Microdochium Species, Nigrospora species, and Fusarium species. When the grains are attacked by this virus, either after milk or after harvest or during the storage cycle. The infection may affect externally on the groom or internally on the kernels resulting in discoloration of the glumes or Kernels.

Bacterial Diseases of Rice in India and Their Management:

The causative agent of this disorder is Xanthomonas oryzae pathovar (PV). The species reach through the leaves and roots pores into the plant. They grow within the plant and penetrate the veins of the leaf as well as block the roots ‘ water-conducting tissues. After the initial lesions emerge, the bacteria ooze and spread by rain or wind to other crops. And the 25 to 34-degree Celsius atmospheric temperature and relative humidity above 70% are perfect conditions for these bacteria’s growth. The yield loss usually exceeds 50 percent when the paddy crop is affected by Bacterial Blight.

At the initial stage of inferior operation, water socked streaks appear near the tip and margins of the leaf. Gradually it transforms into yellow and straw-colored stripes with wavy edges. At the creek phase, the leaves turn greyish green, wilt, role up and later wither. Finally, the entire plant will dry or die.

Management of Bacterial Blight in Paddy:

Also Check: How To Improve Yield in Kitchen Garden

3. Viral Disease in Rice and Their Management:

The viral disease is yet again a serious threat to write cultivation in Southeast Asia. Here we shall focus on one of the most virulent types, the Rice Tungro Disease.

There are two viruses that cause this Rice Tungro Disease in Paddy. We are spherical virus Rice Tungro Bacilliform and spherical virus Rice tungro. The green leafhopper transmits this virus from an infected plant to a healthy plant. This virus is acquired by a truck that feeds on an infected person scheduled for 30 minutes. The transmission of the virus occurs in the healthy plant causing infection when the same feeds occur on the healthy plant for 15 minutes. The virus can be transmitted instantly in 2 hours or within 5 days after the hopper has been acquired. Essentially, after 5 days, this virus will no longer be virulent unless the insect gets the virus back.

The infected plant shows stunted or reduced tillering. The leaves turn Yellow or Orange Yellowish in color and also may develop rust-colored spots. The discoloration starts from the leaf tip and extends to the blade and to the lower portion of the leaf. Delays in flowering in plants with the infection. While the panicles are small and unfilled or may have discolored grains.

These viruses can affect the rice plant, particularly during the vegetative stage, at any stage of growth. Rice Tungro Disease management practices are easy to grow by growing resistant varieties that are resistant to Tungro virus or leafhopper.

We hope you’ve got enough ideas in India about Rice Diseases. You can keep rice plantation in your region with this guide on Rice Diseases. 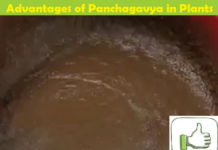 What is Colony Collapse Disorder in Beekeeping and its Causes 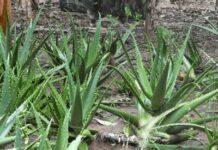 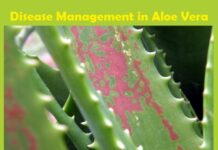