For decades, agriculture has been associated with the production of essential food crops. At present, agriculture above and beyond farming includes forestry, dairy, fruit cultivation, poultry, beekeeping, mushroom, arbitrary, etc. Today, processing, marketing, and distribution of crops and livestock products, etc. Are all acknowledged as part of current agriculture? Thus, agriculture could be referred to as the production, processing, promotion, and distribution of agricultural products. Agriculture plays a critical role in the entire life of a given economy. Agriculture is the backbone of the economic system of a given country. In addition to providing food and raw material, agriculture also provides employment opportunities to a very large percentage of the population.

Below are the factors why agriculture is important:

Most people’s main source of livelihood is farming. About 70% of people rely directly on agriculture as a livelihood. The result of the non-development of non-agricultural activities to absorb the fast-growing population is this high percentage in agriculture. Furthermore, many people are not engaged in agriculture in developed countries.

Supply of Food as well as Fodder

Significance to the International Trade

Agricultural products like sugar, tea, rice, spices, tobacco, coffee, etc. constitute the major items of exports of countries that rely on agriculture. If there is a smooth development practice of agriculture, imports are reduced while export increases considerably. This helps to reduce countries’ unfavorable balance of payments as well as saving foreign exchange. This amount may be well used to import other essential inputs, machinery, raw material, and other infrastructure that is helpful for the support of the country’s economic development. 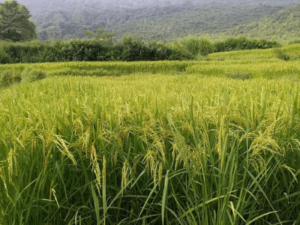 The nation’s export trade depends largely on the agricultural sector. For example, agricultural commodities such as jute, tobacco, spices, oilseeds, raw cotton, tea as well as coffee accounts for approximately 18% of the entire value of exports of a country. This demonstrates that agriculture products also continue to be an important source of earning for a country’s foreign exchange.

Development in agriculture may also increase savings. The rich farmers we see today started saving particularly after the green revolution. This surplus quantity may be invested further in the agriculture sector to develop the sector.

A stable agricultural sector ensures a nation of food security. The main requirement of any country is food security. Food security prevents malnourishment that has traditionally been believed to be one of the major problems faced by developing countries. Most countries rely on agricultural products as well as associated industries for their main source of income.

Agriculture Important and its Role in Everyday Life

In most parts of the world, agriculture is an important source of livelihood.

This entails hard work, but it contributes to the nation’s food safety and health.

Agriculture was the primary source of the economy prior to the industrial revolution.

With many trade options coming up, many are dependent on their income on agriculture.

Agriculture is the most peaceful and environmentally friendly method.

It is a very reliable source of life for humanity, as well as one of the honest sources of income. Many people from developing countries rely for their livelihood on agriculture.

Some people still have agriculture as a side business in other businesses or jobs.

Agriculture is not limited to cultivation and farming alone. It also includes dairy, poultry, forestry, beekeeping, and sericulture.

Importance of agriculture in the Food supply

Agriculture is the world’s leading source of food items. All the food substances that are essential viz. Agriculture produces vegetables, proteins, and oils.

The carbohydrates provide all living beings with energy. These are produced in the form of grains that grow in farms such as rice, wheat, and potatoes.

It’s helpful to build our body with proteins. They are distributed by agriculture as grams and other leguminous goods. Such commodities include beans, pulses such as black gram, Bengal gram, green gram, etc. Other protein sources such as beef, fish, and dairy are also dependent on farming. Protein from vegetarian sources is cheap and healthy without the risk of disease. People, therefore, rely on protein from agriculture for their daily needs.

It is essential to supply energy, body structure, and heat with fats and oils. These can be obtained by growing sunflower, groundnut, mustard, sesame, etc. from agriculture. Fruits: fruits have organic and intact food content because they don’t need to cook. Children, the elderly, and sick people make them digestible. Grapefruits are also used to make wine.

Flowers are used for decoration, for the purposes of ceremonies. They are also a rich source of fragrance, coloring material.

Importance of agriculture for medicine

Also, See How to Grow Papaya tree in Greenhouse for Profits

Alkaloids: Like a drug, most alkaloids are used. Opium alkaloids such as morphine relieve severe pain, cough, and loss of movements as well. These are obtained in farms through the growth of opium poppy plants. Likewise, farming obtains alkaloids such as hyoscine, ephedrine, physostigmine.

Glycosides: These are some important principles of medicine. Examples include heart failure cardiac glycosides such as digitalis. Senna is a glycoside used in constipation treatment. Steroidal glycosides for the production of steroid drugs in the heart.

Also, See Future of Agriculture in India, Jobs, and Opportunities

What is Agricultural Biodiversity?

Agricultural biodiversity is a broad term that includes all components of biological diversity related to food and agriculture, and all components of biological diversity that make up agricultural ecosystems, also known as agroecosystems: the variety and variation of animals, plants, and micro-organisms at the genetic, species and ecosystem levels needed to sustain key habitats.

Agricultural biodiversity is the result of genetic resource interactions, the environment, and farmers ‘ management systems and practices. This is the product of millennia-long development of both natural selection and human inventiveness.

It is possible to identify the following aspects of agricultural biodiversity:

1) Genetic resources for food and agriculture:

2. Biodiversity components that support ecosystem services that are based on agriculture. These include a number of species that contribute to nutrient cycling, pest and disease management, pollination, pollution and sediment regulation, hydrological cycle conservation, erosion control, and climate regulation and carbon sequestration at various scales.

3. Abiotic factors such as local climatic and chemical factors and ecosystem physical structure and functioning that have a determining effect on the biodiversity of agriculture.

Why Biodiversity is Important?

Agriculture is based on biodiversity. It has facilitated the development of farming systems since the first development of agriculture some 10,000 years ago. Biodiversity is the root and variation within all plant and domesticated animal species. It is also the base of important ecosystem services for maintaining agriculture and the well-being of people. The biodiversity of today’s crops and livestock is the result of thousands of years of human intervention.

Agricultural biodiversity provides people with food and raw materials for products, such as clothing cotton, shelter, and fuelwood, medicinal plants and roots, and biofuel resources, as well as employment and livelihoods, including those derived from subsistence agriculture. Therefore, agricultural biodiversity performs ecosystem services such as soil and water preservation, soil fertility and biota protection, and pollination, all of which are necessary for human survival. In addition, agricultural biodiversity genetic diversity provides organisms with the ability to adapt and evolve to changing environments by increasing their tolerance to frost, high temperature, drought, and water-logging, as well as their sensitivity to specific diseases, insects, and parasites, for instance. This is particularly important when it comes to climate change. Biodiversity’s evolution, and hence both its and our existence, depends primarily on this genetic diversity.

Agricultural biodiversity’s significance includes socio-cultural, economic, and environmental components. All domesticated plants and animals are the result of human biodiversity management, which is continuously adapting to new challenges under constantly varying conditions to sustain and increase productivity.

Search for Agriculture Books in Amazon.com