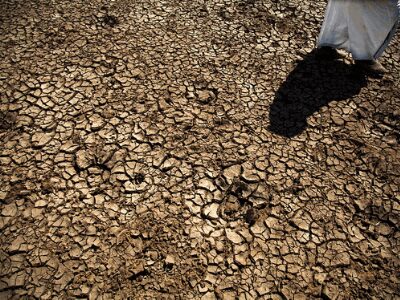 Degradation of soil involves the decrease in soil quality arising from factors such as excessive land usage, cultivation, and forest, urban and industrial uses. It includes more deterioration in the physical, biological, and chemical conditions of the earth. Degraded soils provide a condition of health so that they do not have the soil’s usual products and services within the habitat. It represents a decline in soil quality due to misuse, typically for rural, residential, commercial, or urban purposes. Combating soil degradation at different levels and scales worldwide is therefore essential, not only for food security and ecological health but also for ensuring global sustainable development. We also address below topics in this article;

A guide to the soil degradation causes and Effects

Examples of soil depletion involve a decrease in soil productivity, harmful alkalinity changes, acidity or salinity, severe floods, usage of hazardous soil contaminants, deforestation, and loss of soil structural conditions. Degradation of the soil is induced by growth and degradation of the urbanization and services. Although the deterioration of the soil occurs naturally, it was extremely exuberant from anthropogenic activities. In addition, climate change combined with human activity threatens to aggravate soil degradation. To grasp the distinct essence of the deterioration in soil quality, below are the soil depletion triggers, consequences, and remedies.

The factors below can trigger degradation or deterioration of the soil;

Many physical influences that lead to soil depletion are characterized by the forms in which they alter the soil’s natural structure and composition. Rainfall, surface drainage, floods, wind erosion, tillage, and mass movements contribute to the depletion of productive topsoil resulting in decreasing soil quality. The environmental influences and weathering cycles result in a reduction in surface productivity and detrimental soil quality or structure shifts.

Biological factors in soil degradation relate to the activities of humans and plants which tend to reduce the soil quality. Human actions such as bad agricultural practices will deplete soil nutrients and thus decrease soil fertility. The biological factors have an effect on soil microbial activity.

The loss of soil nutrients is both classified under the chemical components of soil depletion owing to alkalinity or waterlogging acidity. It involves, in the broadest sense, changes in the chemical property of the soil which decide the availability of nutrients. It is caused by salt buildup and nutrient leaching which corrupts soil quality by causing unnecessary changes in important soil chemical ingredients.

Many other causes of degradation of the Soil can be mentioned below;

Other factors such as deforestation, unsustainable farming activities such as mono-cropping, abuse, or inappropriate usage of fertilizers, inappropriate irrigation, overgrazing, soil fragility, and inadequate manure will speed up the soil degradation cycle.

Which induces soil erosion by destroying trees and field cover due to the accumulation of soil minerals, and thus promote the development of humus and litter deposits on the soil surface. Vegetation cover primarily facilitates soil joining together and soil-forming, thereby considerably impacting soil ability such as aeration, water retaining efficiency and biological activity when it is covered.

As trees are cleared by deforestation, penetration levels are improved, and the land becomes barren and vulnerable to pollution degradation and build-up. Many of the leading practices include methods of harvesting and cutting and burning utilized by individuals who penetrate woodland areas for cultivation, eventually leaving the soils unproductive and less viable. 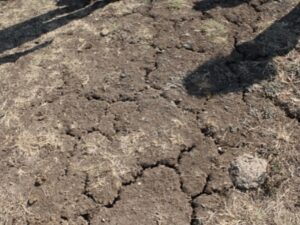 Excess use of fertilizers

The excessive use and misuse of fertilizers destroy organisms that help to hold together the soil. Many farming activities involving the use of fertilizers and pesticides include abuse or unnecessary use, thereby leading to the killing of beneficial soil bacteria and other micro-organisms that aid in the development of soils. The diverse formulations of the organic fertilizer are responsible for denaturing important soil nutrients, resulting in nutrient losses from the soil. Therefore, by disrupting the biological function of the soil, abuse or improper usage of fertilizers raises the risk of soil deterioration and builds up toxicity by inappropriate fertilizer usage.

Soils become water-logged as an area’s water cycle is disrupted as a consequence of over runoff. The main causes of water are extreme runoff, overland water movement to the bay, river drainage, and irrigation channel drain, and tidal floods. Conditions causing waterlogging include natural basins with no water drain, poor subsurface horizon permeability, low surface soil absorption rate and obstructions to the natural rainwater flow, etc.

Soil is largely tainted by manufacturing and mining operations. Mining, for example, removes field cover and drops a variety of poisonous chemicals that are mercury into the soil to kill it and render it unproductive for some other reason. Chemical operations, release into the environment, grounds, waterways, and groundwater harmful effluents and material pollutants that ultimately pollute the soil and as such impact the nature of the soil. Processing and mining operations all and all destroy the physical, chemical, and biological properties of the earth.

Instead of healthy cereal-legume rotations, the farmers have introduced intense crop patterns of commercial crops because of a scarcity of space. The region under food crops has declined in the last two decades, and under non-food crops has increased. Intensive agriculture contributes to the elimination of the soil of vast amounts of nutrients that induce soil fertility depletion.

Many farming activities are harmful from an economic point of view and, at the same time, they are the single largest contributor to the soil quality deterioration worldwide. Agricultural land tillage is one of the main reasons as it splits the soil into smaller pieces, which raises the risk of erosion. The decrease in soil quality is becoming more and more exuberant as a result of agricultural mechanization that gives space for deep plowing, reduction in plant cover, and hardpan forming. Many excessive agricultural practices, such as cultivating on steep slopes and monocropping, row planting, and surface irrigation, strip away the soil’s natural structure and productivity.

The deterioration in soil quality is one of the key causes of soil depletion and is also considered responsible for 84 percent of the ever-declining acreage. Massive acres of ground wasted year after year owing to surface degradation and pollution. Agricultural land in the world (about 40 percent) is significantly diminished in quality owing to soil degradation and the usage of industrial fertilizers, which prohibit the soil from regenerating. However, the decrease in land quality as a consequence of industrial chemical fertilizers contributes to water contamination and nutrient degradation thereby decreasing the earth’s worth.

Drought and aridity are also heavily affected issues that are exacerbated by soil depletion. The key factors to the reduction in soil quality, such as overgrazing, inadequate tillage practices, and deforestation are the leading causes of droughts and arid environments marked by desertification. Soil depletion, in the same way, may contribute to biodiversity loss.

Since soil erosion leads to land destruction, this means a substantial loss of arable land is produced. As stated earlier, about 40 percent of the world’s agricultural land is lost due to the deterioration of soil quality induced primarily by agrochemicals and soil erosion. Many crop production practices cause the loss of the topsoil and the harm to the natural structure of the soil which makes it possible for agriculture.

The earth is usually altered from its natural condition by ridding the soil deterioration of its physical structure. Of this function, the converted land can not soak up water, creating regular floods. Degradation of the soil destroys the inherent capacity of the soil to retain water thus leading to more and more flood events.

Pollution and clogging of waterways

Much of the soil drained from the ground is dumped into rivers along with the industrial fertilizers used in the farm fields. Over time, rivers may be clogged by the sedimentation cycle, resulting in water scarcity. Farm fertilizers and pesticides destroy aquatic and freshwater habitats and restrict the water’s domestic uses for communities that rely on them for survival. 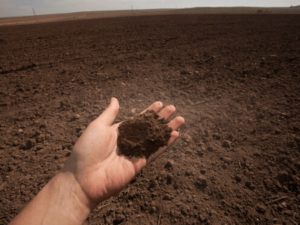 It is an uphill challenge to prevent or to reduce deforestation entirely. Deforestation may, though, be minimized and this will establish an amazing strategy to reshape and rebuild the trees and plant cover. As communities rise, individuals can be sensitized and informed about initiatives to maintain and reforest healthy forests. Protecting the security of secured areas will also limit the demonstration.

Thus, people across the world need to value the land cover, and some of the human-driven acts that promote deforestation. The soil ‘s capacity to recover spontaneously may be preserved with the absence of deforestation. Governments, foreign organizations, and other environmental actors continue to ensure that appropriate steps are in effect to render zero net deforestation a possibility in order to prevent land depletion.

Tilling, numerous harvests, and agrochemicals at the cost of agriculture have improved crop yields. Ethical land and agriculture legislation will aid but we do want to be honest regarding our food. Evidence suggests that we need to consume even lower quantities of organic, grass-fed beef, if any less food, and even more fruit and vegetables.

The outcomes of erosion and quality decline are widely irreversible. Still, soil organic matter and plant nutrients could be replenished. To restore the lost soil mineral matter and organic content, it would need what is known as land reclamation. Though, land reclamation encompasses activities centered towards restoring the previous organic matter and soil’s vital minerals. It involves practices such as the application of agricultural residues to depleted soils and strengthening range management. Salinized soils may be stabilized through salt level correction reclamation programs and salinity management.

The costs of preventing salinization are incredibly cheaper than the reclamation projects in some salinized areas. Thus, actions such as reducing irrigation, planting salt-tolerant crops, and improving irrigation efficiency will have high payoffs because the inputs and the labor-demanding aspects associated with reclamation projects are zero. Preventing salinization in the first place is an environmentally friendly means of offering a solution to Soil degradation.

Proper tillage mechanisms hold as one of the sustainable ways of avoiding soil quality decline. This is otherwise called conservation tillage, which means tillage mechanisms targeted at making very minimal changes to the soil’s natural condition and at the same time improving the soil’s productivity. Examples contain leaving the previous year’s crop residue on the surface to shield the soil from erosion and avoiding poor tillage methods such as deep plowing.

By the use of organic agricultural methods and improved land management activities, the consequences of soil depletion can be mitigated, avoided, and even reverse. Since erosion is the biggest concern for soil depletion, there are a number of ways to monitor the impact of wind and water on erosion. A couple of ways in here;

For example, artificial and natural windbreaks, shrubs, reduce the effects of wind erosion. Plants have the additional advantage of “anchoring” the soil to raising the water-borne consequences of erosion.

Slope terracing eliminates the impacts of floodwater and therefore serves to store rainwater.

The alternation of stripes of various crop styles tends to popularize the erosion effects.

Crop rotation is the cultivation in a particular sequence of several crops in the same field; monoculture is the planting of the same crop. Rotation of crops has been shown to improve soil nutrients, eliminate pests, and crop disease as well.

Well, in both respects preserving the soil is really necessary. Soil is the birthplace for all farmers.