Today we learn the techniques of kiwi farming, ideas for Kiwi planting and can farming practices.

It is widely cultivated in New Zealand, Italy, the USA, China, Japan, Australia, France, Chile, and Spain. The high nutritional and medicinal value of the Kiwi fruit. It is a rich source of vitamin B & C, as well as minerals such as phosphorus, potassium, and calcium. In salads and desserts, kiwi fruits are eaten fresh and mixed with other fruits. It is also used for squash and wine preparation. Himachal Pradesh, Uttar Pradesh, J & K, Sikkim, Meghalaya, Arunachal Pradesh, and Kerala are mostly grown in India. Read More on Wikipedia.

Kiwi fruit vines are quite hardy and grow at a wide variety of temperatures, but they need Kiwi fruit of the best quality: 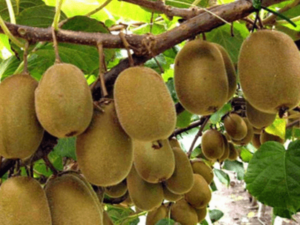 The Bay of Plenty’s rich, yellow-brown loams are well-drained but require regular nitrogen, phosphorus, and potassium once the vines start to grow. Orchards are normally fertilized with 200 kg of nitrogen, 55 kg of phosphorus and 100-150 kg of potassium per hectare in spring and early summer.

In order to plant vines, steep land is contoured to terraces. To obtain maximum sunlight, the rows should be oriented in a north-south direction. By preparing the soil is that is key to the productive establishment of its vineyard. A mixture of farm manure and pit filling will be finished by December.

Kiwi planting usually takes place in the month of January. The planting must take place at the same depth at which the plants in the nursery were growing. The soil should be placed tightly around the roots. The plants are hard to cut to approximately 30 cm. To foster strong growth. 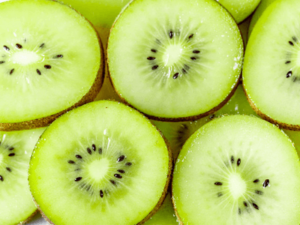 Kiwi planting range varies by variety and training method. For planting, the T-bar and pergola design are generally adopted. A spacing of 4 m in T-bar. 5-6 m from row to row. In the pergola method, a spacing of 6 m is normal from plant to plant. It should be held from column to line. Male plants are spread through the orchard to ensure pollination, with planning ratios between male and female about 1:5.

Kiwi requires high CI because its shortcoming adversely affects shoot and roots production. Excess levels of B and Na, on the other hand, are dangerous. The N fertilizer should be distributed in two equal doses, in January-February between half and two-thirds, and in April-May the rest after fruit collection. In young vines, the fertilizer is mixed in the soil within the vine’s periphery and is transmitted evenly across the entire soil surface for the matured vine.

Irrigation happens during September-October when the fruit is in the initial stage of growth and growth. Irrigation was found to be effective at a period of 10-15 days. 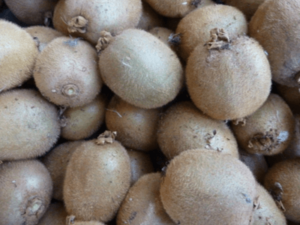 Intercultural operations are done to remove the weeds on a regular basis.

During the initial five years of Kiwi agriculture, intercropping with many vegetables and leguminous crops is useful.

Training is required to establish and maintain a well-formed master branch and fruiting arm framework. The supporting branches are erected as early as possible even before the vines are planted or afterward. It constructs three types of supporting structures (fences). Sometimes a single wire fence is implemented through another wire, and then structure takes the form of a Kniffin device. On top of pillars which are 1.8-2.0 m, a 2.5 mm thick tensile wire is strung. Tall above the ground. The pillars are made of wood, concrete or iron and are built 6 m away. In a row, one from another.

The wire tension should not be over-strained at installation otherwise wire should break at knot due to crop load. A cross arm (1.5 m.) also holds two outrigger wires on the end. This instruction is referred to as a T-bar or telephone/trellis overhead device. The laterals that emerge from the main branch are placed on a three wiring canopy. Throughout pergola or bower scheme, a flat-topped network or criss-cross wires are prepared to train vines. The method is expensive and difficult to maintain but delivers higher yields.

Flowers are pollinated and thinned in the early summer. Kiwifruit is not self-pollinating, so it is important to devote part of each orchard to male vines if pollen is added for artificial pollination. Kiwifruit needs high levels of pollination, unlike most other fruits. Growers either temporarily or artificially pollinate the flowers place multiple honey-bee hives in the orchards.

Kiwi vine begins to grow at 4-5 years of age, while commercial production begins at 7-8 years of age. At a lower altitude, the fruits mature earlier and later in high altitudes due to temperature variation. Large-sized berries are picked first, while smaller ones are permitted to grow in size. The fruits are rubbed with a coarse cloth after harvesting in order to remove the stiff hair present on their surface. Strong fruits were brought to the market. Afterward, in two weeks, they lose their firmness and become edible. 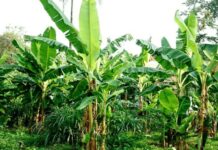 Growing Bananas – How To Grow Banana Plants and its Benefits 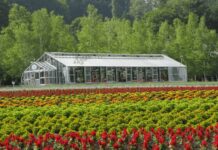 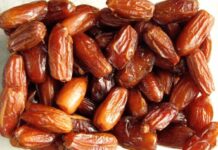 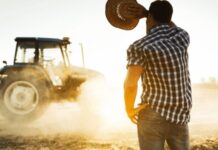 The Key Role Played By Science On Agriculture