Neem is a fast-growing tree that can reach a height of 15-20 m (about 50-65 feet), rarely to 35-40 m (115-131 feet). It is evergreen but in severe drought, it may shed most or nearly all of its leaves. The branches are widespread. The fairly dense crown is roundish or oval and may reach the diameter of 15-20m in old, free-standing specimens.

Neem is a source of environment-friendly biopesticides. The unique feature of neem products is that they do not directly kill the pests, but alter the life-processing behavior in such a manner that the insect can no longer feed, breed or undergo metamorphosis. However, this does not mean that the plant extracts are harmful to all insects. Since, to be effective, the product has to be ingested, only the insects that feed on plant tissues succumb. Those that feed on nectar or other insects such as butterflies, bees, and ladybugs hardly accumulate significant concentrations of neem products.

Uses in pest and disease control

Neem is deemed very effective in the treatment of scabies although only preliminary scientific proof exists which still has to be corroborated, and is recommended for those who are sensitive to permethrin, a known insecticide which might be an irritant. Also, the scabies mite has yet to become resistant to neem, so in persistent cases, neem has been shown to be very effective. There is also anecdotal evidence of its effectiveness in treating infestations of head lice in humans. A tea made of boiled neem leaves, sometimes combined with other herbs such as ginger, can be ingested to fight intestinal worms. 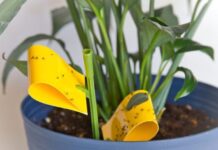 Get Rid Of Fungus Gnats With Hydrogen Peroxide 2022 – Guide 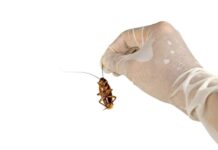 How To Get Rid Of Waterbugs? 2022 – Complete Guide 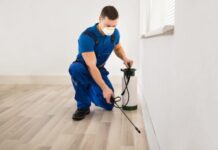 How to Choose the Right Pest Control Company

Here’s Why You Need To Call Pest Control Immediately 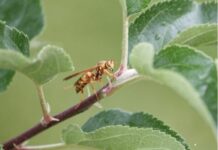 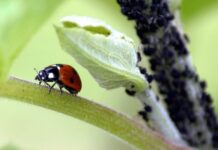