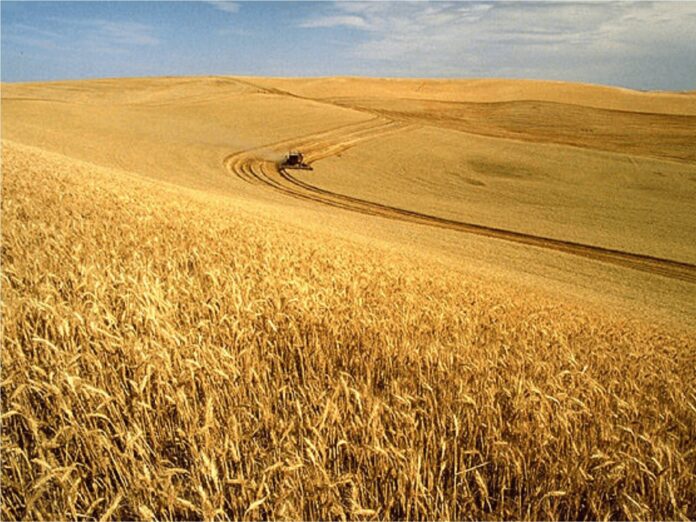 Climate change or global warming is an overall increase in temperatures around the planet, with an increase of about 0.8 degrees Celsius since the early 20th century (about two-thirds of that since 1980). Scientists are about 90% certain that this increase is due to human greenhouse-gas production.

Since agriculture depends on environmental conditions, it’s extremely vulnerable to climate change. The climate change-induced effects on temperature, carbon dioxide levels, glacial runoff, and precipitation may alter the productivity of worldwide agriculture significantly. These changes may be severe enough to call into question whether it’s possible for the Earth to produce enough food for the human population and our domesticated animals.

On the other hand, modern agricultural practices also increase the rate of climate change. Agriculture produces greenhouse gases like carbon dioxide, methane, and nitrous oxide. Clearing land to make space for crops creates deforestation and desertification, changing the way the land absorbs or reflects heat back into the atmosphere. Working the land with modern tools even produces significant emissions through the burning of fossil fuels.

However, modern practices have not diminished the connection between agricultural productivity and the weather. Higher temperatures reduce yields, increase weeds, and encourage the proliferation of crop pests. For some areas of the world, climate change by 2030 might be enough to cause major damage: scientists estimate that by that time South Africa will have lost 30% of their maize crop productivity, while South Asia will have lost 10% of their rice, maize, and millet crops. Marine life and fishing are also likely to be severely affected.

Most, unfortunately, the Intergovernmental Panel on Climate Change predicts that the world’s poorest countries will be the hardest hit. Why? Since they already derive most of their money from agriculture, shifting trends in agricultural production affect them the most. Without industrial production or advanced technical knowledge, they don’t have the ability to compensate by shifting efforts into industries less affected by the weather.

The other factor that’s likely to have global warming cost poor countries disproportionately more is the geographic distribution of climate-change-induced crop losses. Countries close to the equator have ambient temperatures already near the limits that crops can tolerate. Even slight changes will cause huge losses. (Northern countries, on the other hand, will see increases in arable land as the environment warms.) Combined with rising sea levels — the oceans are predicted to rise a meter by 2100 — and it’s no surprise that scientists predict South Asia will be hardest hit. Countries like India, Bangladesh, and Vietnam depend on agricultural production very close to sea level, so a one-meter rise may cost Vietnam a large proportion of the Mekong Delta.

Thanks to the interdependency brought by globalization, these changes are still likely to have serious effects on the developed world… even for those countries that are not directly affected. Since first world countries depend on the developing ones for many staple foods, crashing agricultural production in South Asia and Africa may still result in hunger in London and New York. This has been a large driver of efforts to reduce greenhouse gas production while developing technical measures to maintain agricultural productivity in the face of rising global temperatures.

The general consensus is that while technology will help, it’s not enough. Rising food demand is likely to be a close match for any increase in agricultural productivity due to technical development. Therefore, a reduction in emissions is our best bet. Unfortunately, the challenges surrounding the Kyoto accords show just how difficult the current road is — and the tremendous trouble we may be in unless we can find a better way.