What is Organic Farming?

Organic farming is a technique that inherently includes crop production and animal rearing. This process involves the use of biological materials to avoid artificial chemicals in order to maintain soil fertility and ecological balance and thus reduce contamination and waste. In other words, organic farming is a method of farming which involves growing and nurturing crops without the use of fertilizers and pesticides based on synthetics. It is also not allowed to have genetically modified organisms.

No matter how much a man progresses, agriculture is an occupation that was, is and will always be undertaken, since it suffices one of the most important basic needs of the population, which is Food. Hence, technology is added in this field to find ways to increase agricultural production in order to feed the ever-growing demand for food due to the drastic increase in population. Therefore, many new ways and methods are being introduced in this field to harvest and cultivate the best quality crops.

Organic farming can be explained as an agricultural method wherein the following techniques are used:

The reason why organic agriculture is enforced in many nations is that it minimizes the use of various harmful chemicals that have hazardous effects on crops in the field. Here, there is more focus on using natural ways to enhance the quality of soil and cultivated crops. Organic agriculture is nothing more than a modernization in agriculture. It is a combination of science, technology, and nature. Following are the different methods that combine together to form organic agriculture:

Earlier, Monoculture was the only practice used in the agricultural fields wherein only one type of crop was harvested and cultivated in a particular location. However, in the recent world, Polyculture has come into the picture wherein different kinds of crops are harvested and cultivated in order to meet the increasing crop demand and produce the required soil microorganisms. 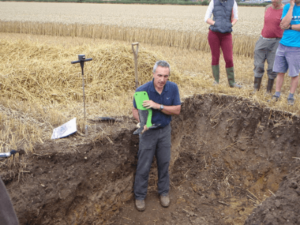 After the season of cultivation has been conducted, the soil loses its nutrients and becomes less in quality. Rather than using harmful chemicals to enhance this soil, organic agriculture focuses on implementing natural ways to not only increase the health of soil but also keep the nature and human health unharmed. One of the best examples of natural ways to enhance soil is the use of bacteria that is present in animal waste. This bacteria helps in making the soil nutrients more productive; much higher as compared to the chemical containing liquids. 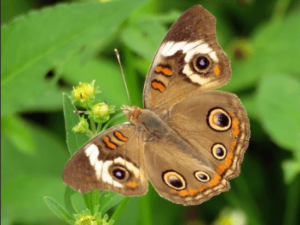 “Weed”, in simple words, is nothing but the unwanted plant that grows in agricultural fields. However, in organic agriculture, there is more focus on suppressing the weed rather than eliminating it completely.

The two most widely used weed management techniques are:

While certain organisms prove to be beneficial to the health of the agricultural farm, there are many others that hamper the field. Hence, the growth of such organisms needs to be controlled to protect the soil and crops. Out of the long list, the following are the three most commonly used and important ways of controlling other organisms in organic agriculture:

There can be no better place for the pet animals to get fresh air, food and a great exercise than the green farm. Since everything is preferred to be in a natural way, just like the animals were used as labor in the earlier times for plowing, organic agriculture encourages the use of domestic animals to increase the sustainability of the farm.

Organic agriculture is being conducted by many countries with the rejection of using techniques and chemicals that harm animals, crops, soil, environment, and even human health. Hence, such a process of agriculture should be encouraged since it acts as a protective shield to all the main factors that form the planet.

If the farmers practice traditional agriculture and the field is not completely organic, the farmer must have a conversion strategy. The’ conversion’ period is the time span between the start of organic operations and certification. Taking into account the history of the land and its past use, the exact time period is determined. Often important is the transition time if the area is partly organic. Nevertheless, it is important to clearly mark and maintain the organic and inorganic fields separately. Gradually, the whole farm, including the pet, must be transformed into organic over a period of time. The transition time is on average for perennials for three years and for annuals for two years.

This is an agricultural activity in which there is not only plant production but also other agriculture such as animal husbandry, sericulture, fish farming and fish farming, poultry management, etc. In other words, mixed farming means incorporating animals into the agricultural system in order to ensure soil Biological Fertilizers and crop yield.

Farmers sometimes forget they have to plant what the area’s environment, atmosphere, and soil requires. They have to produce what’s natural to the soil. If not, it is important to adapt the species or variety selected for cultivation to the soil. It is necessary to obtain the planting material and seeds from a reliable source certified organic by the approving body. In the absence of’ natural’ crops, chemically processed planting material should be used. It is also not allowed to grow pollen seeds, tissue seeds, transgenic crops, genetically engineered seeds. 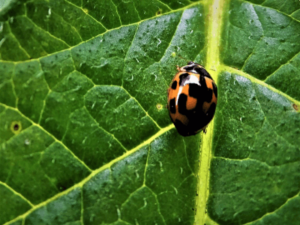 Using’ natural’ is forbidden, as the term means using artificial fungicides, weedicides, pesticides. Natural pest enemies are cultivated and protected. Planting a tree on the farm or building a bird nest, for example, will promote bird development. Birds are insect pests ‘ natural enemies. The insects are therefore handled in a natural manner. It is illegal to control diseases and insects using genetically engineered species. Manual weeding cycle is done for weeds. In the field, weeds near the plant base are harvested and reused as mulch. Plant-based repellents, extracts from the neem seed kernel, mechanical traps, pheromone traps, clay, soft soap, and chromatic traps are required for farm use. In case of absolute necessity, it is appropriate to contact the certifying agency and use the following products: