For most people, the word “science” conjures up the image of a bunch of people in lab coats, mixing colored liquids in vials, staring into microscopes, writing down observations, and so on and so forth. However, the truth is that today at least, there are many Branches of Science to discuss, so much so that it is possible for two scientists to be on the opposite ends of the spectrum in terms of profession. In any case, here is a brief overview of the main branches of science practices today.

To start things off, there are the natural sciences that focus on studying anything related to nature, ranging from the Earth itself to various biological life forms. There are four main branches to be discussed here:

• Physics, the study of how matter acts and is acted upon in the space and time continuum. Basically, it is an attempt to understand how the universe behaves, by what processes it acts on itself and on its subjects. It is without a doubt one of the oldest scientific disciplines and has led to countless innovations over the centuries.

• Chemistry is a branch of science that is centered on the study of changes experienced by matter. It primarily seeks to identify the composition of matter, how it behaves, and how it reacts whenever exposed to chemical reactions. Chemistry has allowed us to gain a fundamental understanding of the world around us, or more precisely, what it is made of and why certain actions bring about specific reactions.

• Geoscience also referred to as Earth science by some, can be best described as having the purpose of uncovering how exactly the Earthworks. Scientists in this field tend to use tools from a number of different branches, ranging from biology to mathematics, in an attempt to retrace all the events which have happened to Earth up until this day, hopefully getting some answers as to how it functions.

• Finally, there is Biology, and as most people know, it is the study of living organisms. In short, biology is responsible for providing us with the knowledge as to where numerous life forms came from, how they evolved, what their functions are or were, and so on and so forth.

Natural sciences are not the only ones available to be studied. As it happens, there are actually social sciences. However, unlike natural sciences, this one doesn’t really contain branches. Rather, it is a term used to describe a bunch of different scientific fields that do not belong to natural sciences and can be used in order to explain human behavior.  These sciences include anthropology, sociology, criminology, economics, political science, law, history, psychology, and more.

Finally, there are the formal scientific fields, which, as their name implies, revolve entirely around formal systems and understanding their properties while setting rules and making definitions. These sciences are generally used in order to put together scientific models, and they include:

• Mathematics, which as every person who went to school can remember, is the science pertaining to the study of numbers, or more formally, the study of space, structure, quantity, and change. While most people claim to have nightmares about it from their school days, the fact remains that without mathematics, we would still be stuck in ancient times, or worse, as cavemen and cavewomen.

• While some have trouble imagining it, logic is actually considered to be a branch of formal science, studying the principles at work behind correct methods of reasoning. With the help of logic, we have the tools necessary to deduce and even prove statements and beliefs to be either valid or false.

• Finally, there is the science of statistics, defined as being centered on collecting, organizing, and interpreting information. This is basically responsible for giving us the ability to accurately extract and interpret information stemming from scientific experiments and such.

And so, as you can see, the branches of science are so diverse that it seems they cover more than half of the entirety of academic topics in this world. The best part is that many of the branches and scientific fields described above have their own branches and sub-fields. In other words, there are so many different paths to take in the world of science that regardless of which path you choose to walk on your quest to determine the truth in this world, chances are you’ll be a scientist, whether officially or not. 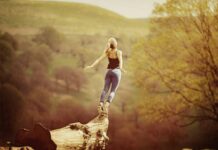 Oxygen-Rich Air – Why Breathing Fresh Air is Good For You?